I was lucky enough to get the chance to go to Singapore, and so the first thing I do is ask on the Steepster forum if anyone knows any good tea shops there. And the answers I got were even better, with me ending up having two days of meeting actual tea friends out there and curating a small group buy!

My first meet was with Wilson, from Adventure in Every Cup/Teapot News

Wilson was a great host, he took me for brunch from a Chinese food market, we also had a coconut juice, which was well deserved in the heat. (the food in Singapore is amazing! They have a michelin starred noodle place, and its about $2 for a main dish there.  The food is very good and very cheap) & then from there to meet a lady called Mrs Chong from D’Art Station, 20 Sago st.  (it is behind the Buddha’s Tooth Relic Temple). Wilson said he took me to see her because she is patient, and will let us taste the tea. Which I needed to be able to do. 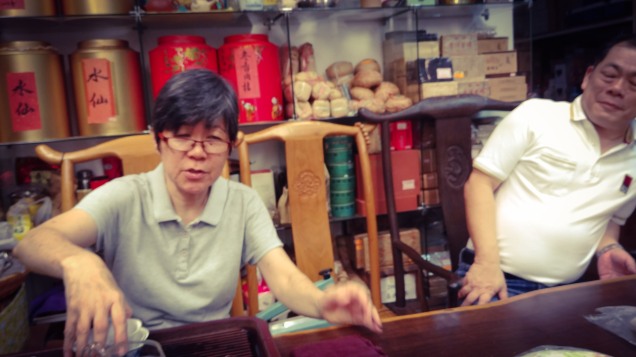 It was here I tried some aged sheng & dancong.

I will have to say that tasting tea in a humid environment is hard – Every taste and smell felt slightly diminished compared to my colder drier flat in London. As I was buying with friends in mind (the first time I have curated) I settled for the 2006 Fuhai 7536 as being the nicest. Some of the other teas had a storage taste that I didnt know how people would react to, particularly an aged Yiwu which could have been nice but I rejected it quick due to this.

The 7536 wasn’t the strongest of teas, and later proved to be fussy when over brewed, but when I added a bit more leaf it shone with a wondrous rising cool fruit/floral huigan that isn’t always obvious but when present is really good, it can fill your mouth, nose & head with its flavour. When I tasted it back in the hotel room I couldnt even taste anything in the mouth, then two minutes later the rising taste came again.  Its really good with a bit of care.

Wilson also states on his review that he adds 1g more than normal, and that is what I had done when I had my best session of this so far.

Its mellow & refreshing, sweet & clean for an aged puerh,  inoffensive, which was my aim in trying to please a bunch of critical Steepsterites. There is also a hint of special something that sometimes makes itself known. 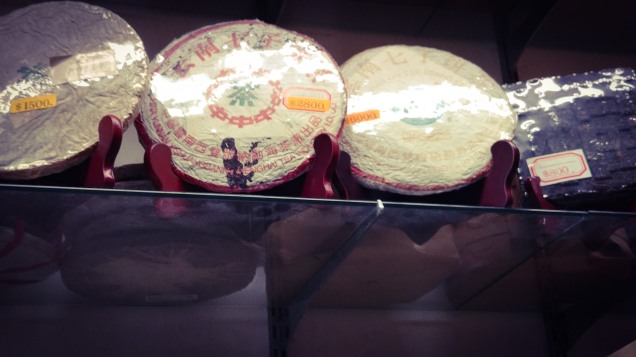 I very grateful to Wilson for meeting me, and taking the time to show me around, and Mrs chong for letting me sample the teas. I will be back someday.